Apostolic succession pertains to the spiritual power and authority invested in the original Apostles of Christ, which, through uninterrupted transmission passes on to subsequent popes of the Holy Roman Catholic Church.

The Vatican, as the governing body of the Roman Catholic Church, uses the claim to exclusive succession as evidence of its religious supremacy. According to Catholic teachings, Saint Peter was invested with the power and authority of God prior to the crucifixion of Christ. Peter, before he was himself was martyred, bestowed the powers to the second Roman pope, Linus. This lineage has remained unbroken for two thousand years and presently resides with Pope Francis.

Apostolic succession is based on the following ‘facts’: that the Jews rejected Jesus as the Messiah, that Apostle Peter founded Christianity for the gentiles in Antioch, and that Peter’s ministry was based in Rome. The claim of papal infallibility (in all spiritual pronouncements) is based on the veracity of these assertions; should any be found to be erroneous, the Roman Church would have nothing to support its claim as the one true religion.

As scriptural evidence that God’s power and authority are truly invested in the Bishop of Rome, the Vatican refers to the following:

Gospel of Matthew: God bestowing all power in Heaven and on Earth upon His Son Jesus.

Gospel of John: The Keys of the Kingdom being bestowed upon Christ’s beloved Apostle Peter, whom He instructs to feed His sheep.

Gospel of Matthew: Christ calling Saint Peter the rock upon which he will build his Church, and that whatever Peter binds and loosens on Earth, the same would be honoured in Heaven.

As physical evidence, the Vatican presents the Cave Church of Saint Peter in Antioch, Turkey, as the location where Apostle Peter first converted gentiles to the faith. The aedicula within Saint Peter’s basilica in Rome marks the spot where Peter met his macabre death of inverted crucifixion.

To underscore Peter’s assumed presence in Rome, the Vatican in 1968 announced the discovery of his relics—a handful of bones.

Finally, perhaps as an afterthought, the Vatican in 1983 declares the Antiochene Cave Church of Saint Peter a holy site.

But what if none of this is true? 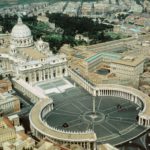 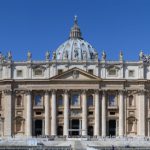 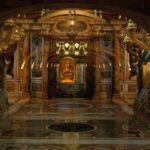 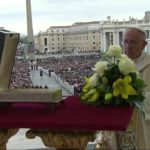 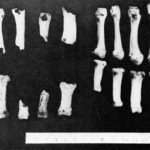 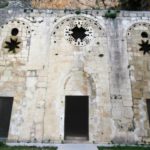 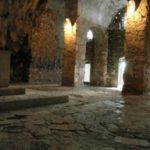 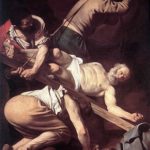 All references to scripture, artwork, artefacts, and architecture in Blood Symbols are accurate.